Congratulations to Luke Wallace and our inter-islands community on the release of “Turning the Tide,” recorded live on Salt Spring on Turning the Tide 2017!
___

Recording Turning the Tide on Salt Spring island was a truly memorable night. The turnout was amazing and the energy in our wide circle reflected the shared love that we all have for the Salish Sea. This recording was in celebration of an initiative, also called Turning the Tide, where folks use human powered vessels to travel the Salish Sea, share rich ecological experiences and gain some inspiration to take with them. The people involved in this paddle-focused trip continue to show a deep commitment to the protection of people, communities and the ocean both during TTT and throughout the rest of their lives. For many, this is a chance to reconnect with the planet they are fighting so hard to protect and to remind themselves of the interconnectedness of all life.

One of the important issues that the folks from Turning the Tide seek to address is the ongoing threat of an oil spill in the Salish Sea. The Kinder Morgan pipeline, terminal and associated tanker transport pose a massive and unacceptable risk to all the people and species that rely daily upon a healthy ocean for their survival. Moreover, the federal government of Canada has approved a massive expansion of the pipeline which will result in a 7-fold increase in tankers carrying tar-sands oil/bitumen through the Salish Sea.

The response by the public has been nothing short of inspiring. First Nations all over ‘BC’ are rising up, asserting their rights and demanding that the expansion not only be canceled but that all oil transport be ban in the Salish Sea. The City of Vancouver and Burnaby have come out in full opposition to the expansion and the new provincial government has also taken steps to block the pipeline. 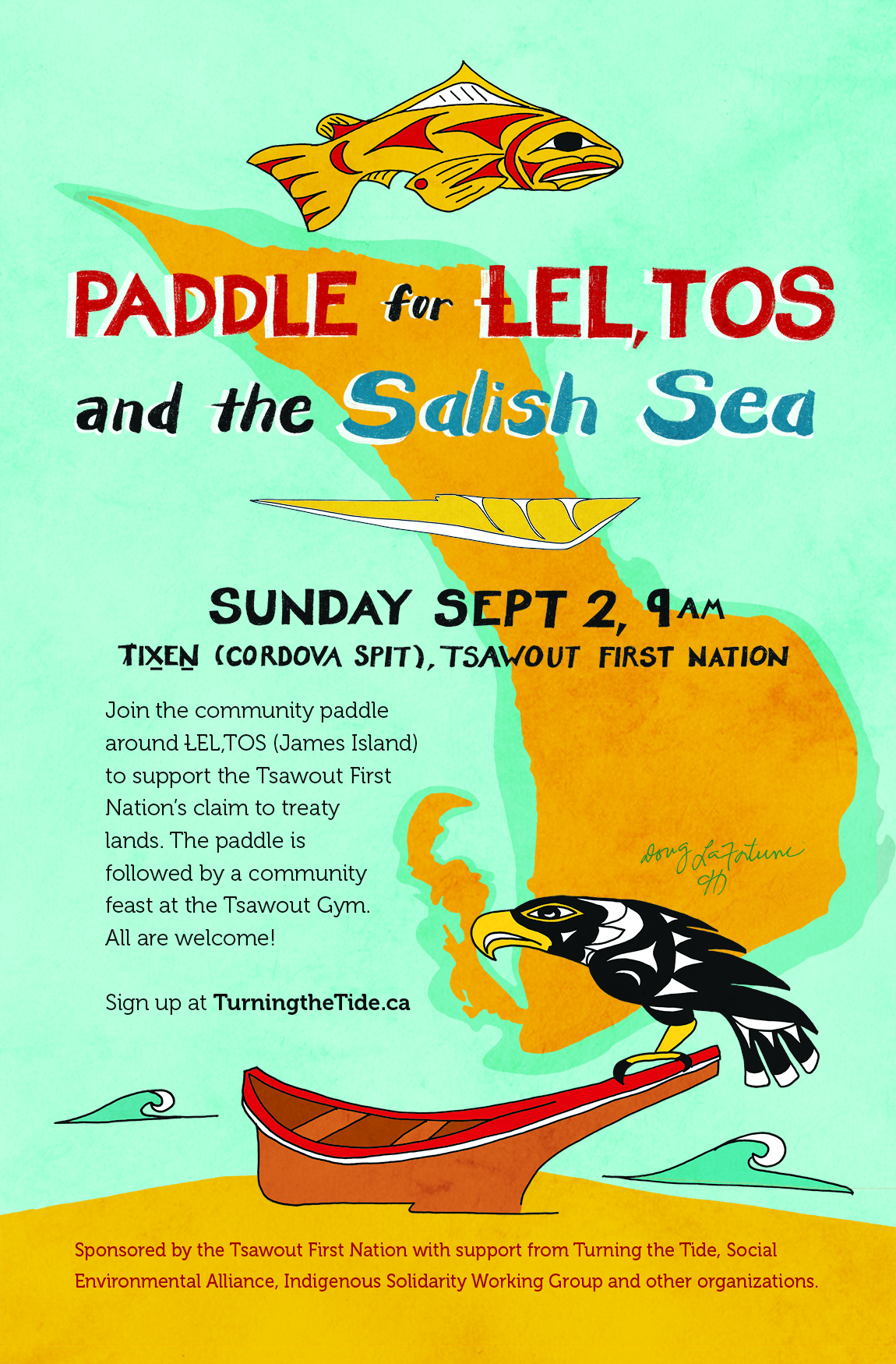